A Tale of Desegregation in Gamecock City 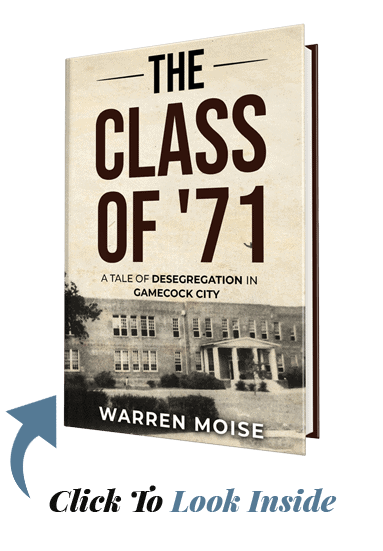 Sumter, South Carolina, also known as the Gamecock City, has a storied past, largely forgotten today. It contributed more men and material to the Revolution per capita than any other state. After the war, Sumter County became the wealthiest county in the state per capita. Its plantations graced the countryside. Horse races, English gardens, grand soirees, and a healthy influx of American and European royalty traipsed through the town. At the heart of it all was America’s longest living Revolutionary War General, Thomas Sumter, who created Stateburg as a kind of planned urban development.

But much of the wealth was based on ownership of slaves. And when the Civil War ended, that wealth was gone, leaving behind resentment and separation between the races for nearly a century.

Over the years, the town and county did their best to grow out of the economic ruin from the war. Black and white citizens of the town worked together, but socially speaking, they lived in different worlds. The schools were separate, as were their churches and social ways.

And so this arrangement continued until 1970. That school year was the first time in American history that these children of the white ruling class and the descendants of South Carolinian slaves and freedmen met in any meaningful way, face to face in the aging corridors of the public schools. Not that there had been no mixing of the races. Generally speaking, President Nixon’s freedom-of-choice plan had allowed any student to attend any other school. Black and white students had already played together on Gamecock City’s sports teams for four or five years before 1970-1971. However, the Office for Civil Rights in the former Department of Health, Education, and Welfare Department of Office of Civil Rights, determined that the plan was not working. Moreover, the courts were casting doubt on the freedom-of-choice plan’s constitutionality.

It was a violent, disruptive time in American history, in too many ways like today. Police were being ambushed and assassinated sitting in their cruisers across the United States, and black and white extremists were in the streets. Unlike in the cradle of abolitionism, Boston, Gamecock City’s Class of ‘71 managed to muddle through. It didn’t disintegrate into madness, it kept within the lines, and the Class of 1971 emerged largely as friends – or at least more as friends than enemies. And this while the Class of ’71 and countryside was being preyed upon by “Pee Wee” Gaskins, a brutal mass murderer, and with the Ku Klux Klan flaring up in the community.

This book is the story of a class of black and white kids whose legacy in 2021 is seemingly slipping slowly away into history.

#1 in Amazon's Category of Biographies of Social Activists

Errata
In an endeavor to ensure as much accuracy as possible in The Class of ’71, and with the frank admission that memories fade after a half century, I invite you to email me with any errors or mistakes you find, no matter how trivial,

If you would like to buy a book directly from the author, please state your/name or the name of the person you’d like the author to sign the book to, your address, and send a check for $23.90 ($15.85 sale price plus $4.95 shipping) to Warren Moise at 1180 Sam Rittenberg Boulevard, Suite 120, Charleston, South Carolina 29407.